Boutique Safaris: A Tour Operator Standing Out on Twitter

Twitter has become the marketing, networking, information, and advertising platform for many business professionals.

One safari tour operator that is using Twitter to effectively market its tours is Boutique Safaris. 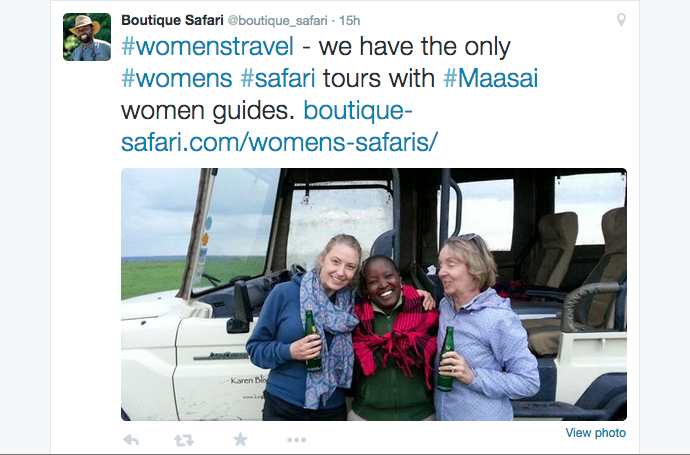 Boutique Safaris is a Maasai-owned safari company based in Arusha that offers customised safaris tours in Tanzania and Kenya.

These safaris are guided by professional and experienced female safari guides.

A Clear and Concise Profile

The profile is set up well. An eye-catching banner has been chosen and the avatar conveys the essence of Boutique Safaris persona.

The description is well written, conveying exactly what they offer and what separates them from the competition. 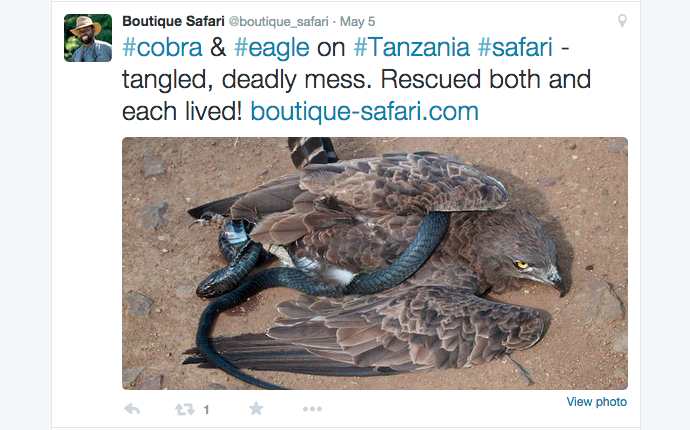 Boutique Safaris are sharing regularly with their own tweets and retweets of items that are interesting and relevant to their followers.

Hashtags have been used strategically to highlight the topic and increase visibility. They have avoided the #mistake of #overusing #hashtags so it #looks #spammy and #meaningless.

They Actually Engage With Their Followers

Boutique Safaris actually talk to those they follow and their followers. They build rapport with retweets, replies and favourites.

They let their personality shine through, talking in an approachable and friendly manner without being too formal.

They Have Fun With It

Boutique Safaris come across as cool, fun guys who know what they’re doing. Just the type of people I’d like to go on safari with.

Sign up to receive FREE online marketing tips to help you market your safaris.