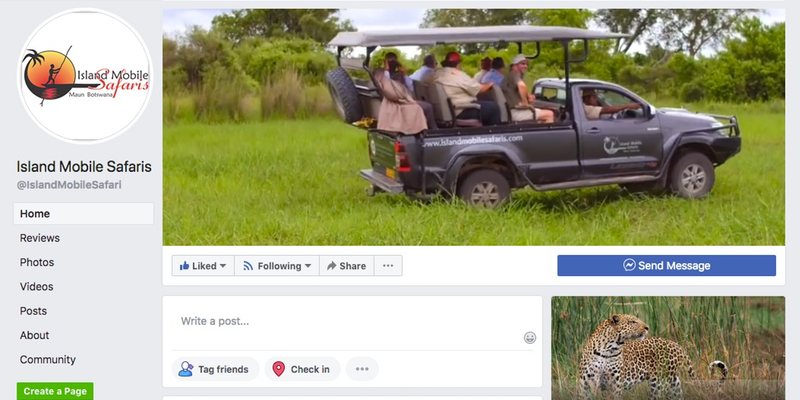 The client had lost control of some accounts so initial step was gaining control of each of the group accounts. The second stage was optimising each page to be as effective as possible in promoting the operations. Finally, will be an ongoing series of posts to promote the lodge and safari tours and excursions offered by the group.